CCTV Dublin are an indispensable asset to many people trying to earn an honest living and conversely the bane of the life of thieves and petty criminals the world over. CCTV cameras are an important element in the fight against crime and are used in retail premises, warehouses and storage facilities, entertainment and drinking establishments as well as peoples homes in this country. CCTV in Dublin are also employed in public areas such as town centers to safeguard the welfare of law abiding citizens.

But who do they aim to catch?

Perhaps the most common application of CCTV cameras is in retail environments ranging from supermarkets to clothes stores and electrical goods shops. Habitual shoplifters are a nuisance to any reputable retailer, but proper CCTV systems can curtail their petty thieving activities.

Strategically placed cameras help identify the usual suspects so you can spot them next time they attempt to frequent your store for a few five-finger discounts. CCTV systems also serve as a suitable visual deterrent to would-be thieves not to mention being essential to prosecutions as they help by providing identification of the culprit if the case goes to court.

Industrial premises such as factories containing expensive machinery and warehouses full of valuable products are often targeted by burglars so CCTV systems are crucial in catching perpetrators as they can find images of them. With the falling cost of video technology, homeowners are now also installing CCTV systems to help detect people trespassing or attempting to gain entry to their property. Therefore, criminals looking to acquire illegal access of ownership are often apprehended thanks to CCTV cameras.

Also, the images captured by CCTV systems in city centres are often used to catch violent or abusive people. These can range from people carrying out assaults on drinking binges or people like the rioters who took the streets of several Dublin cities a few weeks ago.

CCTV systems are the first line of defense against crime and can provide you with a great peace of mind.

Get a Free Quote
CCTV Dublin 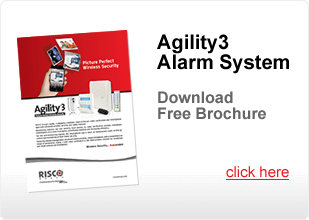